Some interesting oddities can turn up on a web search, like this old cigarette trading card from 1911 depicting a dapper student marksman at the "Guilford College Shooting Range."

I'm guessing Murad Tobacco knew little about Guilford College. For one, I don't think Guilford ever had a rifle team, or even a shooting range. There's no reference to either in school publications of that year.
Plus, guns were a regular point of contention between peace-minded Quaker administrators and rural but refined country boys of the College, who usually towed their guns back to school in the fall - all the better to hunt small game on the fringes of campus.

"[In the mid-1800s] there were no intramural sports, but there was time for recreation...The boy's chief recreation, apart from mischief making, seemed to be hunting squirrels and rabbits. Contrary to the rules of the school, the boys stubbornly insisted on keeping their hunting guns in their rooms, a practice the faculty
did---not---like---at---all."
(The Guilford College Bulletin; Supplement 1979.)

Despite campus rules, long guns were not uncommon around campus. There are several candid pictures in yearbooks from the early 1900s to 1950s of students (male and female) in hunting vests, holding up small game harvested in the woods and fields nearby, rifles or shotguns at their sides. 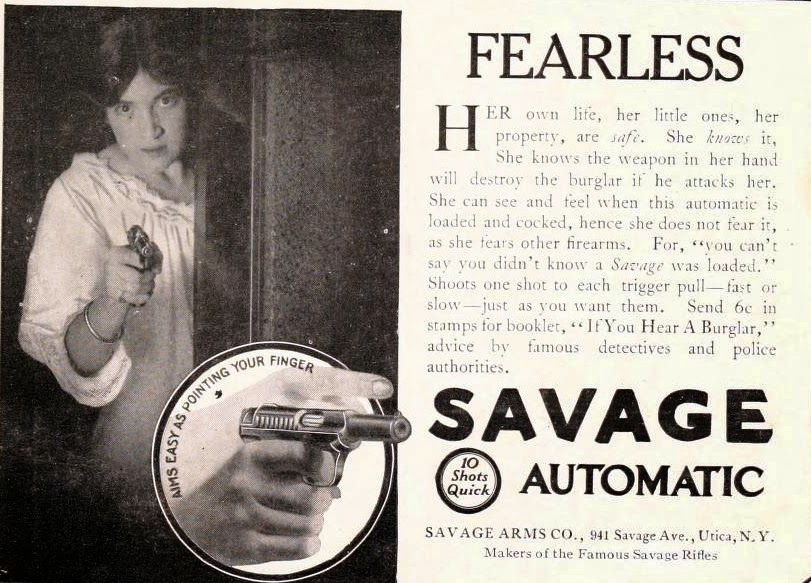 Advertisements for gun manufacturers were also pretty common in the "Sponsors" section of early yearbooks, such as these from The Quaker, 1914. The faculty probably wasn't jazzed about taking ads from gun companies. And the yearbook staff probably ignored that sentiment...for the sake of the bottom line. 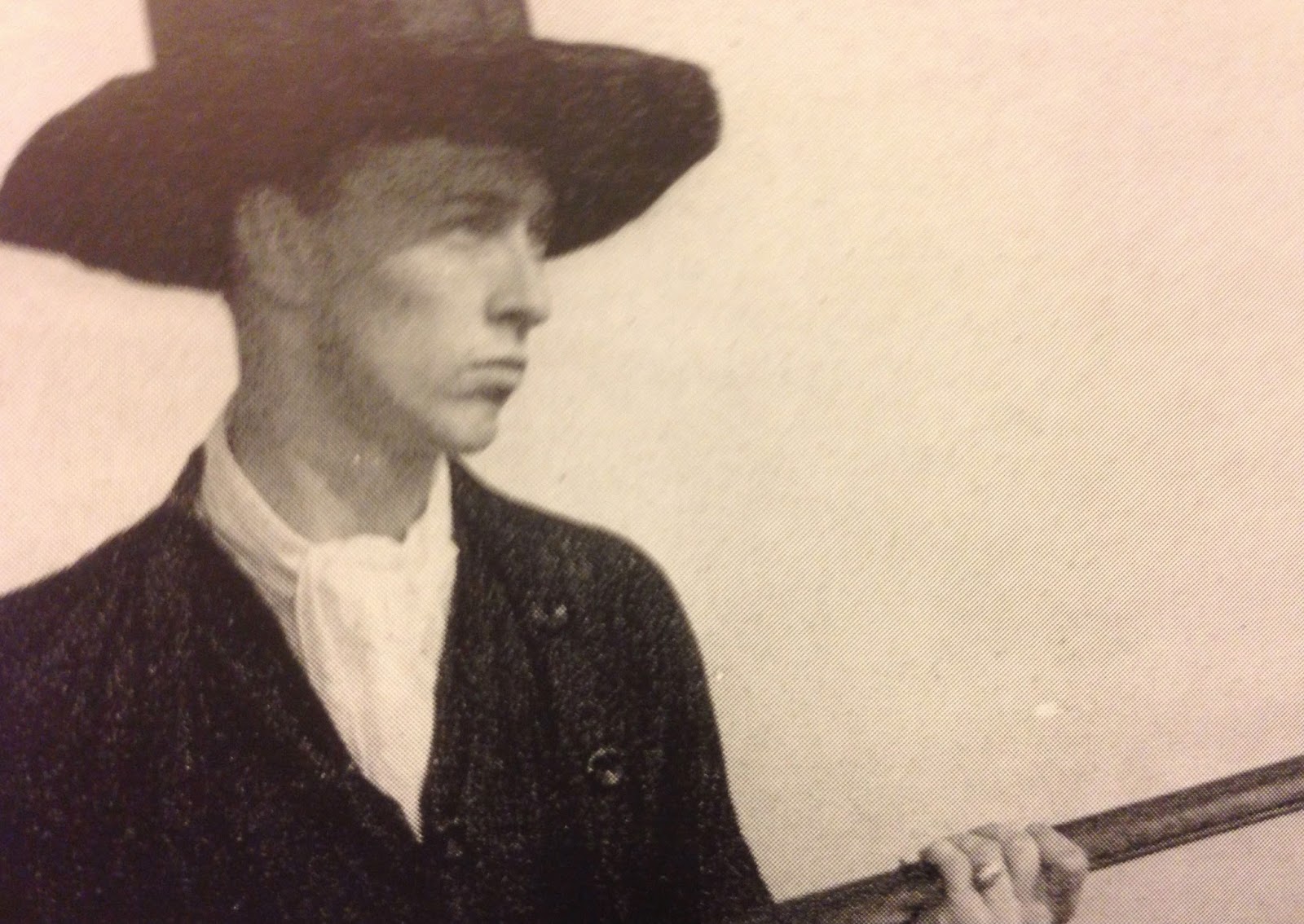 Also ironic but common were student "mascots" dressed in nineteenth century Quaker garb, prowling the sidelines of 1940s football games brandishing (and possibly blank-firing) an old musket...a practice the faculty grudgingly tolerated. To them, guns were for putting food on the family table back home, not warfare, and certainly not celebrating touchdowns! Students obviously did it anyway.

There is a humorous (and kinda' scary) reference in Alex Stoeson's history of the college, of a bored student shooting his initials into the ceiling beams of his dorm room with a .22 rifle.
(Yeah, try that in this day and age...instant dismissal from the College and a trip to the Guilford County jail.)

It's doubtful Guilford ever condoned such a shooting range or team depicted in the tobacco advertising card, and these days "shooters" equal double shot glasses of party libations. But, the old cigarette card of the fictional Guilford rifle team marksman is an interesting little piece of nostalgia.