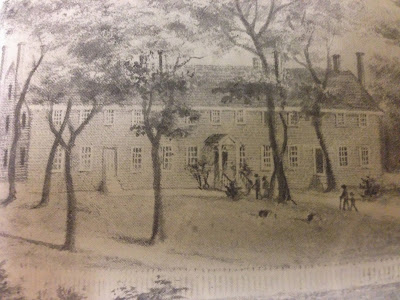 New Garden Boarding School, 1837. This building would form the nucleus of Founders Hall through the ages and into the present. From the Friends Historical Collection, Hege Library.
http://library.guilford.edu/friends-historical-collection/


By the early 19th century, the majority of Quakers in North Carolina were living in and around Guilford County in an area they called “New Garden.” Nathan Hunt, the leader/elder of the New Garden Quakers had since 1830 advocated passionately for a school in which to educate the children of the the Religious Society of Friends. His dream was realized on August 1, 1837 when New Garden Boarding School opened with a student body of twenty-five boys and twenty-five girls. Delilah Reynolds, one of the first students wrote in her diary that day:

Phineas Nixon read the rules; Grandfather Hunt addressed us in a pathetic strain - a strain so pathetic that he faltered very much in trying to express the joy of his heart in beholding this so long deferred...(The Quaker, 1937, pg. 9.) 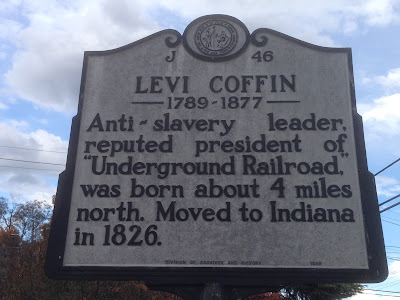 Guilford’s campus is noted as a historical site where famed abolitionist Levi Coffin - a New Garden Quaker who grew up on the land that would become part of the boarding school a decade later - began his Underground Railroad activities. Escaped slaves came to the woods of New Garden and were aided in their flight to freedom in the North by Quakers in the New Garden community. 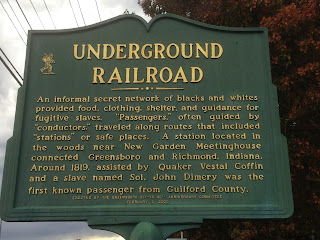 The woods were also a refuge and hiding place for Confederate draft dodgers and war deserters, Rebel and Yankee alike. Some local Quaker families took pity on hungry, tired and scared young men - black or white, Northern or Southern - and left baskets of bread and vegetables in the woods. Occasionally meats, such as hams, were hung from the school’s barn so runaway slaves and war deserters could partake at will.  The school remained open throughout the Civil War, one of very few to do so, particularly in the South, and with support from Friends in the North and Great Britain, gained strength during the Reconstruction era. 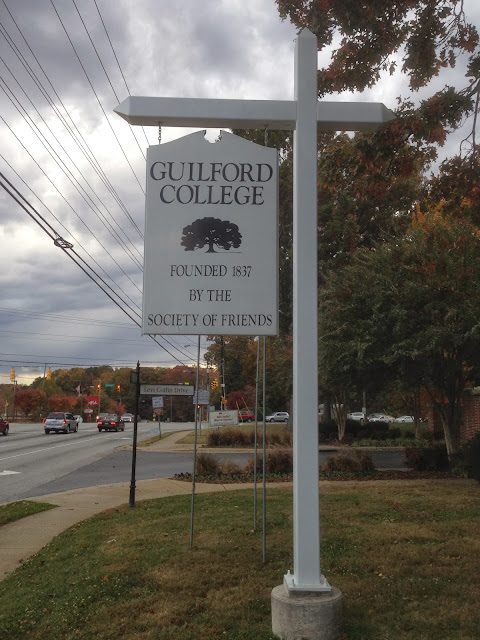 Over the years, New Garden Boarding School evolved into an institution that served young people of every religious affiliation or those with none at all. By the late 1800s, the school had transitioned fully into a four-year liberal arts college. In 1888, New Garden Boarding School officially became Guilford College under an only slightly revised version of the original 1834 charter, making it the fourth-oldest degree-granting institution in North Carolina. 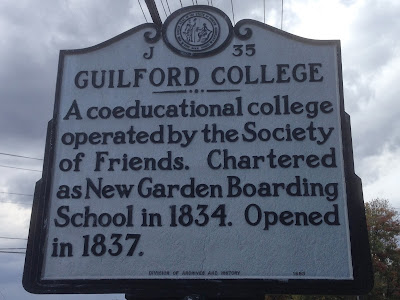 Guilford and the surrounding areas remained largely isolated until the 1920s, when the old trail to Greensboro became the Friendly Road. At that time, the Guilford College vicinity was still considered to be somewhat separate from the city of Greensboro; it was at first a village, then country township and eventually, a suburban area. State maps of North Carolina until quite recently showed "Guilford College" as a separate town west of Greensboro. Generations of students from the area listed “Guilford College, N.C.” - rather than Greensboro - next to their yearbook pictures as their hometown. The Friendly Road became Friendly Avenue around the middle of the 20th Century, yet was still but a two lane road with scant housing and development along it’s path. 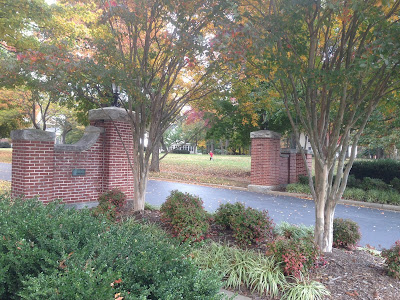 Today, a busy and heavily-developed four lane Friendly Avenue is still the most direct route to the center city, connecting Guilford to downtown and a half-dozen neighboring colleges and universities, roughly seven miles to the east. The street name symbolizes the longstanding friendship between town and gown.

The Guilford campus encompasses 340 peaceful acres of ancient tree canopy and spacious, rolling quad scholarship within Greensboro's city limits. It is one of the very few college campuses in the nation listed by the United States Department of the Interior as a National Historic District.

While it remains the only Quaker-founded college in the southeastern United States, Guilford is independent of formal ownership by any Quaker body. The school, its customs, administration and even its curriculum continue to be profoundly shaped and influenced by Quaker values, principles and testimonies. However, Guilford College looks beyond its North Carolina roots and Quaker heritage to welcome students from all regions and nations, faith, traditions and life experiences.


(* All photos except the first were taken by me and are part of my personal collection.)